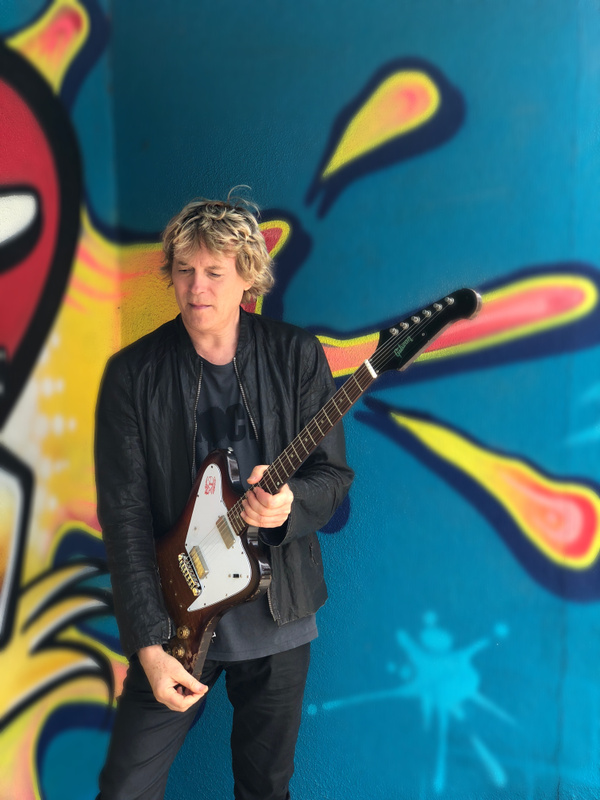 Hal Lindes is the consummate musician’s musician. You’d have to be nothing less to share the stage and studio with the likes of Mark Knopfler, with whom Lindes recorded and toured the Dire Straits albums Making Movies, Love Over Gold, and Alchemy. Not long after, Lindes became a prolific film and TV composer, scoring a plethora of BBC series as well as 2010’s critically acclaimed The Boys Are Back, for which he collaborated with artists as diverse as Sigur Rós and Ray LaMontagne. Throughout it all, one factor has been as ever-present as the music in his heart and the skill in his hands: the Celestion speakers in his amps.

What was the earliest point in your career you recall playing through a Celestion speaker?

I was in London during the whole punk boom in the mid-’70s. That was an incredibly exciting time because music was being turned on its head. Back then, it was all about just getting up and doing it, with or without formal training. At the time, I bought an amp a roadie in my band had enthusiastically said I just had to hear. It was a Vox AC-30, an early-’60s coppertop model. I wasn’t familiar with it because when I had been in the U.S. Vox wasn’t releasing as much of their great tube stuff there — it was mostly solid-state. So, I had never considered Vox as a contender until I heard this AC-30. The speakers in it were Celestion G12s. I was like, “God, I love these drivers, too! What are they?”

Tell us about some of your other ‘greatest hits’ amps.

I had a Marshall, a 1959 Super Lead 100, with G12H speakers. I also discovered you could put a Fender Twin Reverb through a 4×12 cabinet and it sounded incredible. That’s what we were doing in Dire Straits. We used Fender Musicmasters, which were the functional equivalent of the Twin at the time. They would sit on top of the 4×12 with Celestions inside it, and later we moved to Mesa-Boogie heads.

There was my ’51 “TV front” Tweed Deluxe, with a Celestion Blue swapped in, and that driver puts that amp in a whole other arena. Then a Brownface Vibe Deluxe with a G12H and Blackface Deluxe Reverb with a G12H.

Then in the ’80s, Paul Rivera designed amps for Fender. One that he did was a Super Champ, which is the size of a Champ but highly sophisticated. That’s my main recording amp these days, and of course I have a G10 Greenback in it. It sounds phenomenal.

Do you do any of your own rebuilds or speaker swaps with vintage amps?

I have to be honest. I’m a total amp snob. I’m a huge fan of Fender and I try to keep everything as stock and original as possible, but I have no hesitancy about swapping Celestion speakers into anything, because I’ve never heard one that didn’t blow my socks off.

One major example is my 1961 Tweed Champ. Celestion brought out a speaker called the Eight 15 especially for those. It was kind of a brilliant move on their part because it’s very hard to find original Jensen drivers in good shape, and the re-issue Jensens aren’t the same animal. And the thing is, guitarists are using Champs more than ever these days, both because they’re great for when you’re at home and can’t really wail but also sound phenomenal for recording, especially when you throw that Eight 15 in there.

Is there a particular quality or tone of Celestion speakers that is paramount for you?

This is a personal view, and I’m sure a lot of people will dispute it. To my ears, a Celestion speaker doesn’t color the sound. It allows the personality of the actual amp to speak for itself. Also, I play with my fingers mostly. So, I might run the amp higher and play softer so the amp is working harder and you’re getting more of its own color than you would if you’re bashing away with a heavy pick and heavy right hand. What Celestion does for me here is, it allows the natural sound to come through. It’s like I can almost hear the flesh of my fingers in the tone.

Of course, you can overdrive the crap out of a Celestion and that sounds incredible, too. But I play low — around 3 or 4 on the volume knob. I tend to stay away from overdrive pedals. I do like delays and wahs, but I prefer to find my tone as a cooperation between the guitar, the amp, and the speaker. The nuance comes from my fingers, and Celestion just makes that spring to life.

I mean it. I’m extremely picky about tone and I honestly would not have agreed to this interview if I wasn’t a huge fan of Celestion speakers.

Very interesting, because our backgrounds are similar in one respect and different in another. We’re both big fans of folk, into finger-picking and such. But I’m more of a rock guy — nothing is better than cranking up that AC-30 — where Mark in those days was more folk-influenced. I was much more into flying by the seat of my pants, whereas Mark was quite studied. He’d work on something, and it would be in pretty polished shape by the time he brought it to the band. Mark is just a superb musician all around: writer, guitarist, and vocalist. I don’t think people realize what a terrific singer he is.

Speaking to that, a lot of people don’t realize he wrote “Private Dancer” for Tina Turner, on which you played.

That’s an interesting story! Originally Love Over Gold was going to be a double album. Mark came in with something like 18 songs, all of which were equally impressive. One of them was “Private Dancer,” which sounded great as a Dire Straits song, but Mark felt a woman should be singing the lyrics. Tina wanted the original tracks we recorded, but those belonged to the record label so we went in and re-recorded it with her.

How did your transition into film scoring happen?

Mark had been scoring the film Local Hero [1983] and I was there playing on some of the recording sessions. I found the whole process of marrying music to film images amazingly inspiring and knew then and there that this was something I would love to get into. I was fortunate to get into scoring after Dire Straits. I was based in the U.K. at the time, so I scored a lot of BBC television. I would try to be as guitar-based as I could, but of course that’s not going to work for every show. But when I managed to do guitar scores, they were the ones everyone responded to. On The Boys Are Back it was just guitar and a string orchestra. It’s kind of like doing a score with just a grand piano — you really must make the instrument speak and emote, and I enjoyed that challenge.

Get In Where You Fit In with a band called One Thousand Motels. I co-wrote it and played all the guitars. Rat Scabies from The Damned is on drums, the bass player is Chris Constantinou from Adam Ant’s band, and the singer is a great guy from L.A. named Sean Wheeler. I really enjoyed it because I had total reign on the guitars. I’m a huge fan of treble boost, probably because of the Vox AC-30 Top Boost, and this young pedal builder in Italy built me a booster pedal using vintage radio transistors. I’ve just gotten back into songwriting and music projects in the past five years.

So, you get the call and the session is in an hour. What guitars and amp do you grab?

I’m a Strat guy, but more and more I’ve been using a 1960s Gretsch Duo Jet. It’s the one Mark played on the single “Twisting by the Pool.” Malcolm Young of AC/DC also played one he heavily modified. The amp would have to be that Super Champ with the G10 Greenback in it.

What studio signal chain do you use for recording your Celestion-equipped amps?

I have a Beyerdynamic M160 ribbon mic and of course a Shure SM57. They feed Neve 1073 preamps and original Urei 1176 compressors. A tip a producer once taught me is that on the 1073s, you put the EQ in but leave all the settings flat, just to get the colour of that circuit.

Have you had a chance to check out Celestion’s digital side, such as the impulse responses?

I haven’t played around with those yet. As I said, I’m a huge purist about hardware. But I can imagine that if the simulation totally nails it, that technology could be very useful in situations where, for example, you can’t crank up an amp as loud you need for the desired tone.

It’s interesting, because my own kids are in bands — my daughter in The Paranoyds which is signed to Jack White’s label Third Man Records and my son in a singer-songwriter project called Sad Girl, signed to Suicide Squeeze.  They’re doing as well as I think anyone can do without being on a major label with the whole star maker machinery behind them. But what I’ve learned from them is that it’s tough out there right now, due to a whole generation growing up without paying for music.

The truth is, if you are lucky enough to find your passion in life, then I would always say follow your heart. If you’re savvy at marketing and maintaining an online presence, you can get your music out to a lot of people without the need for a major label. And once you learn an instrument, you’ll have a friend for life.