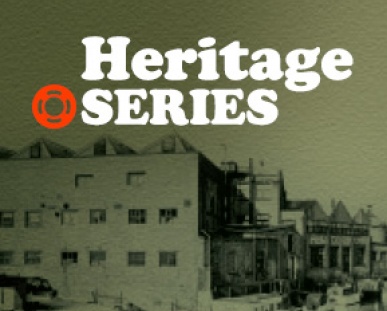 As developers of the world’s first dedicated guitar loudspeakers, many Celestion speakers have been in production for a long time, helping to define the sound of popular music along the way.

During these periods, the precise design and raw material specifications have changed to accommodate new manufacturing techniques and technologies as they have become available. Typically, the shape of the coil former might be simplified to reduce waste material, the adhesive used on the dustcap would be changed to a faster curing and sweeter smelling type, and the dustcap material itself would be changed as suppliers came and went. Magnet sizes changed when standards were altered and even the formulation of the cone edge treatment changed over time as easier-to-apply and better performing compounds were discovered.

The effect of each of these entirely worthwhile developments on the sound and response of the speaker was almost imperceptible. But taken collectively the shift was more significant, resulting in a thriving market for the limited supply of ‘original stock.’

We begin the Heritage process by deciding which ‘version’ of a speaker to re-create. Then, the exercise is to re-visit as closely as possible this example of the speaker by regressing speaker development back to its fundamental origins. In doing this, we strip away the changes like those listed above to recapture the particular tonal qualities of the speaker of that era.

The discovery of a large archive of information, drawings, blueprints, parts-lists and specifications during a factory move in 2003 proved invaluable in this process. We were also fortunate to be able to call upon the expertise of a former Celestion engineer who was able to qualify much of this archive information.

The original adhesives are no longer available, and have been superseded by modern equivalents. With some record of what compounds had been used in the early years, we are able to replicate with a reasonably high degree of accuracy the formula that would have been used at the time. Of course, the methods of application, drying time and so on are kept as close as possible to how it would originally have been.

Similarly the original edge treatment is no longer available. Thankfully, Celestion has a great deal of experience in tailoring edge treatments to specific applications and so we are able to mix a very similar sound-alike formula here in Ipswich.

The magnet assembly is critical to the tone of any speaker and any variation in magnetic flux (the amount of magnetism produced) will affect the sound. Accordingly, considerable time is spent finding exactly the right kind of magnet and perfecting the magnet assemblies, better to replicate the magnetic effect and hence the original tone.

Listening forms a vital part of the Heritage process. The objective is to replicate the tone of these speakers as they would have sounded out of the box many decades earlier but even an original sounds different as it is played in and suffers changes in humidity over time. Even so, we spend hundreds of hours in our purpose-built listening room, auditioning speakers of the era and comparing them with Heritage models in development.

We also speak to a wide range of interested and knowledgeable parties; former and long-standing Celestion engineers, customers who have used the original speakers and our Partners in Tone who, through listening and playing experience, have strong ideas about what the tonal qualities of these speakers should be. Input from Robben Ford, for example, was highy influential in shaping the final tone of the G12-65.

Finally, manufacturing and assembly processes are conducted by hand at our facility in Ipswich, England, and are largely the same as they were in the 1960s. Indeed some of the production staff have been working at Celestion for more than 30 years.

The result of this painstaking process is a range of speakers that evokes the sound of some of the most influential guitar speakers of all time. The Celestion Heritage Series currently comprises of four models; the G12M, G12H (55Hz and 75Hz version) and the G12-65.